Blue On Blue: Loretta Lynch Says Comey Is Lying, She Never Told Him To Call The Hillary E-mail Probe A ‘Matter’

I think the dam is breaking:

Comey continued: “The Clinton campaign, at the time, was using all kind of euphemisms — security review, matters, things like that, for what was going on. We were getting to a place where the attorney general and I were both going to have to testify and talk publicly about. And I wanted to know, was she going to authorize us to confirm we had an investigation? … And she said, ‘Yes, but don’t call it that, call it a matter.’ And I said, ‘Why would I do that?’ And she said, ‘Just call it a matter.’”

“I did not,” Lynch responded when asked if she had “ever” told Comey to call the investigation a “matter.”

One of the first things that happens when the truth is coming out is those who’ve been invested in the coverup start turning on each other.

I remember very well when this happened, because it was the high point in the history of my opinion of James Comey. Based on what I knew of him at the time – and obviously influenced in large part by this one incident – he seemed like a standup guy.

Understand, Comey’s tale of being told by Lynch to call the Hillary e-mail thing a “matter” isn’t something he just came out with. He talked about it at the time, saying it was ridiculous that Lynch wanted the FBI to downplay the importance of the probe by using a word that a) didn’t fit; and that b) the FBI never used to describe its work.

“We do investigations,” Comey flatly declared.

The quibbling over words wasn’t for nothing. If the Obama DOJ acknowledged the investigation was real, they’d hand an easy talking point to the Trump campaign. They would also force their media cheerleaders to use the term, which said media cheerleaders decidedly did not want to do. 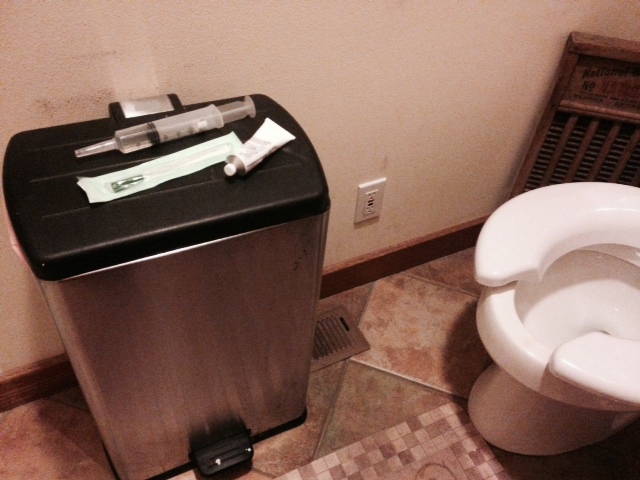 Yet the investigation was happening, and it was absurd to try to pretend it wasn’t. So Lynch’s solution, at least according to Comey, was to split the difference: Acknowledge it was happening, but label it with an innocuous word that wouldn’t be so damaging to Hillary’s electoral chances.

Does anyone doubt that the same motivation was behind the decision to acknowledge Hillary had violated felony statutes, but nevertheless wasn’t being charged?

Comey’s version of this event has been out there for several years, and Lynch is only just now disputing it? What’s that about?

I think it’s about one thing: The rats are scurrying because Bill Barr and John Durham are turning on the lights and they’re all about to be exposed.

I’ve said all along, and I still say now: It was Loretta Lynch who ordered the Hillary investigation spiked, and it was Loretta Lynch who wanted the FBI to launch an abysmally predicated counterintelligence probe of the Trump campaign, using the absurd pretext of “collusion with Russia” based on the Steele Dossier and an offhand comment by George Papadopoulos in New Zealand.

Lynch knew what she was doing in both cases. She knew Hillary had committed felonies, which is why she ordered the FBI to conduct the investigation in a way that defied every protocol – allowing witnesses like Cheryl Mills to sit in as Hillary’s lawyer, allowing witnesses to remove information from their laptops, limiting the FBI’s freedom to question Hillary – all because Lynch had already determined the outcome of the investigation and she needed to make sure nothing was found that would contradict it.

And Lynch knew the Trump campaign did not collude with Russia, but she wanted Trump under investigation for it, which is why Peter Strzok was allowed to serve as the lead agent. When Strzok texted Lisa Page that the investigation of Trump was “the one that really matters,” that’s exactly what he meant.

This was about preventing Donald Trump from becoming president, no matter what the FBI had to do, because that’s what Lynch wanted.

Except that Lynch was taking orders from someone above her, and you all know who that was.

So now this is all about to come out because Barr and Durham are going to make sure of it, and Lynch is positioning herself by taking shots at Comey’s credibility.

The rats are scurrying and they’re starting to attack each other. The dam is breaking. That same media that wanted so desperately to pretend Hillary was not under investigation will try to ignore this too – or attack it as a partisan effort – but facts are facts and truth is truth. We’re about to know a whole lot of it.

Want to know the funniest thing? Trump said he was going to drain the swamp by becoming president. In fact, the swamp has been unwittingly draining itself in a futile attempt to take Trump down.